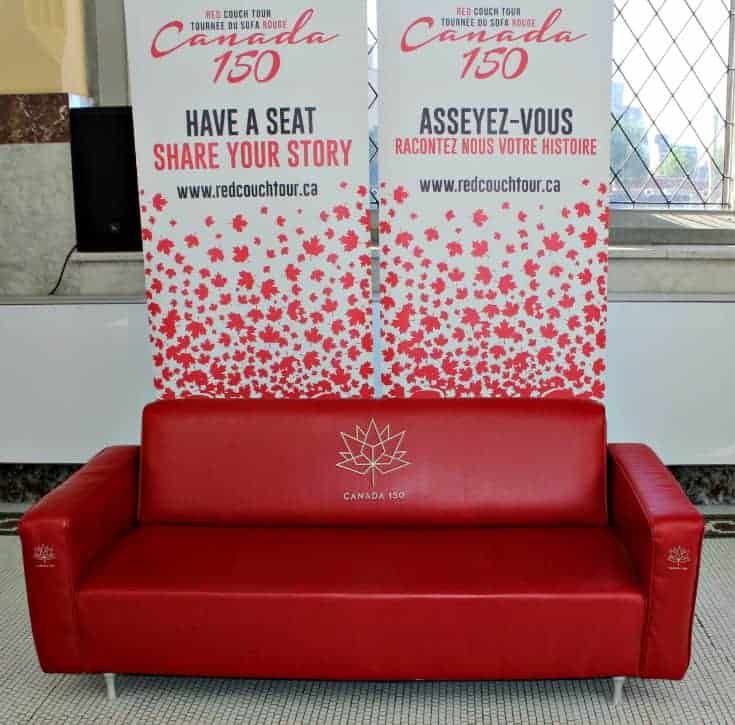 Canadian Blog House received a media invite to the Red Couch Tour stop at the Canadian Museum of Nature in Ottawa. Linda, from A Labour of Life, agreed to attend in our place, and has written this post highlighting her time with the Red Couch. All opinions are Linda’s.

In July and August of 2017, the Red Couch Team will embark on an eight-week journey across Canada. Traveling by RV. Inviting Canadians from all walks of life to share what the country’s 150th anniversary means to them. The trip will take the Red Couch (and its team) from Newfoundland, to British Columbia, with many stops along the way. The stops will include small towns and major urban centers such as Ottawa, Winnipeg, Saskatoon, Calgary and Vancouver. 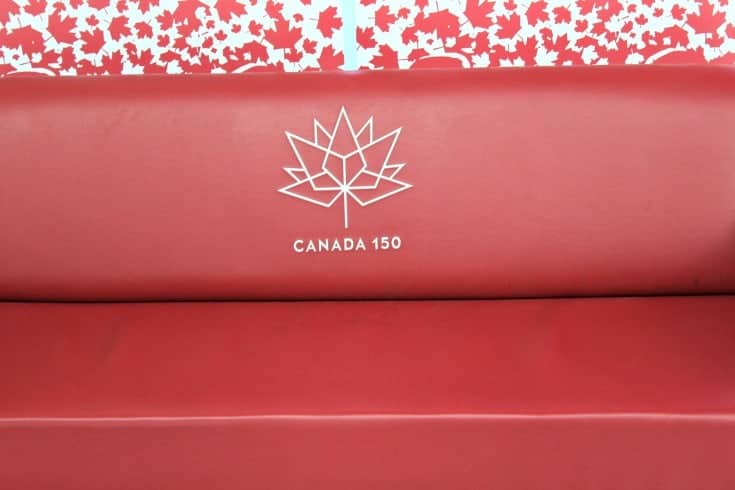 The Red Couch project will create an excellent opportunity for Canadians to share their most relevant stories. People will be invited to have a seat, and they will be filmed sharing their story. A video clip of 1 minute will then be posted through social media channels. An opportunity to share what it means to be Canadian.

The tour will last sixty-three days, cover 20 thousands kilometers on the road in an RV, and by the end of the summer, the couch will have visited every province and territory in Canada. (just like me)

The Red Couch Tour is one of 38 signature Canada 150 projects selected by the Government of Canada to create opportunities for Canadians to celebrate and build a sense of pride and attachment to Canada. 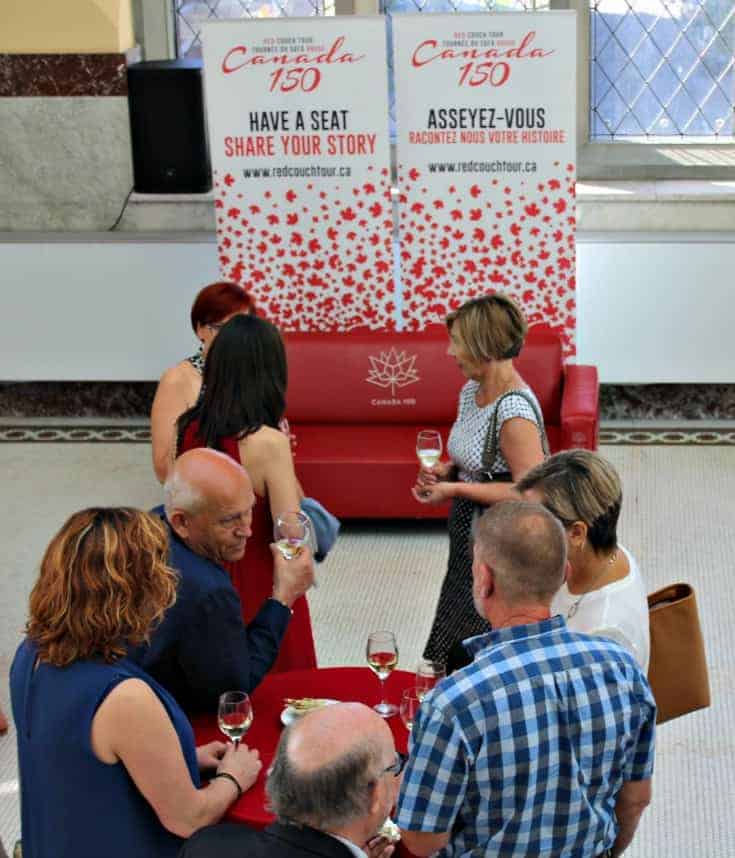 Last night I had an opportunity to visit with the ” Red Couch” and let me tell you she is spectacular. She is the epitome of Canada. Sleek, classy, and oh so very polite. She welcomed me with open arms, and started up a conversation about Canada and its wonders.

Ms Red Couch gave me a little preview as she had just come back from the North where she spanned the three territories. She then wandered into Labrador for a quick visit.

Ms Couch is here in Ottawa to start her cross Pan-Canada Tour, and thought the Capital for July 1st was a must start.

The Red Couch is heading east to Fredericton, New Brunswick for the 4th. She is even stopping in my home town of Saint John on the 6th. Traveling across the country, and stopping in Thunder Bay to see my boys on August 6th. It takes that long to go from Saint John NB to Thunder Bay. It’s a pretty vast land we live in. For full tour details you can head to Redcouchtour. 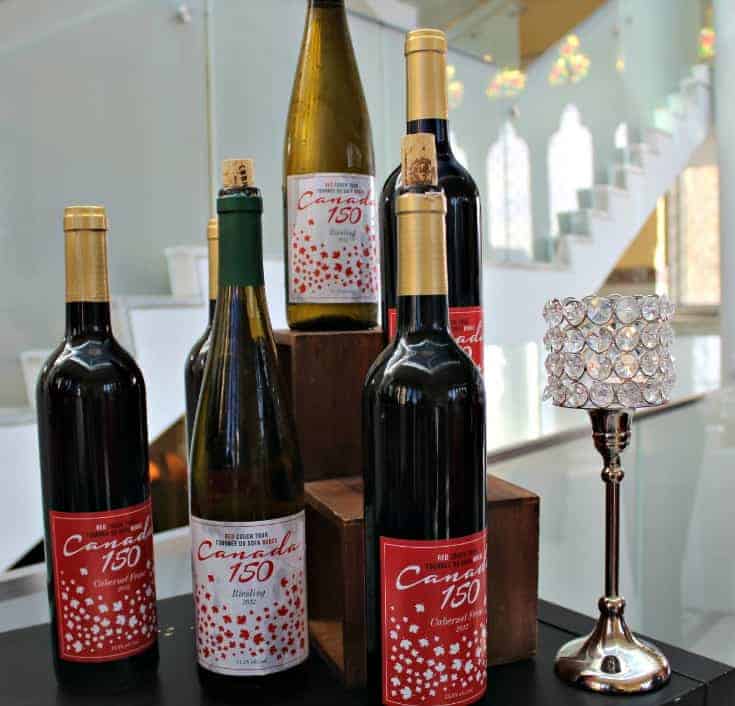 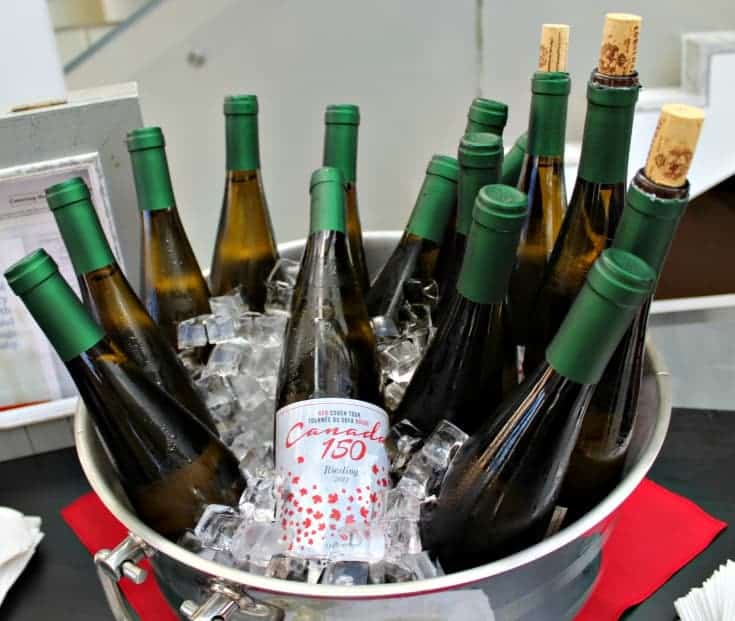 Welcomed into Ottawa by the staff at the Canadian Museum of Nature, the Red Couch was greeted by media, art patrons – people like me excited to meet such a celebrity. The Museum of Nature was the perfect launch for this gal (and yes I think she is a great Canadian Gal).

Meg Beckel, President and CEO of the Canadian Museum of Nature, welcomed the crew. She then gave us a brief history of the museum. This museum was the start of museums in Canada. This beauty gave birth eventually to the Museum of Civilization, the National Art Gallery, and the Museum of Science and Technology. Such a wonderous place to meet the Red Couch. Did you know that during the great fire that destroyed Parliament, the business of the legislature was moved to the Museum of Nature? This building was where women first got the right to vote. 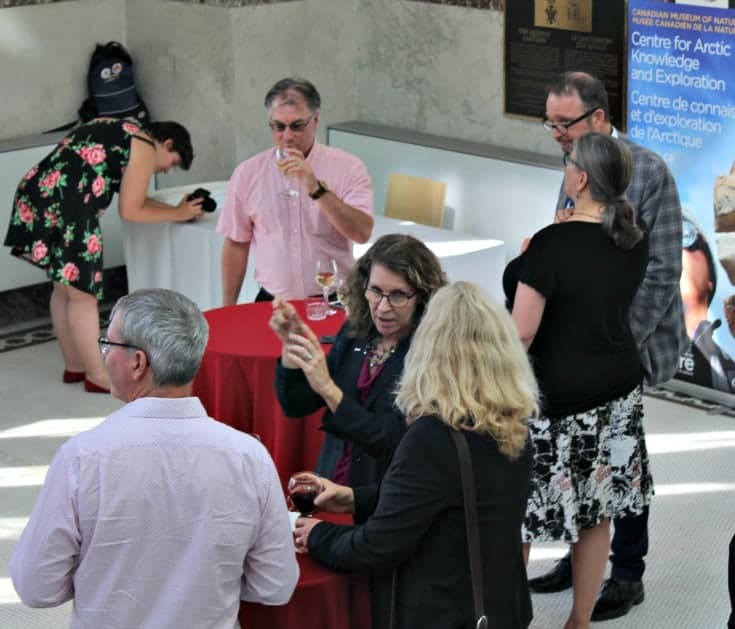 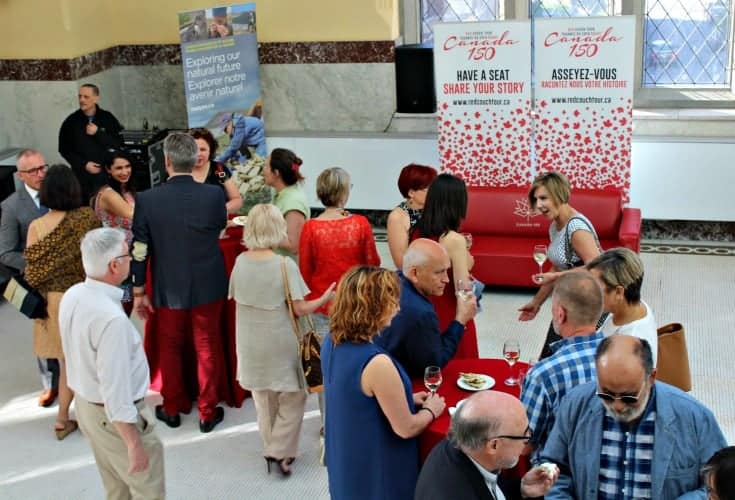 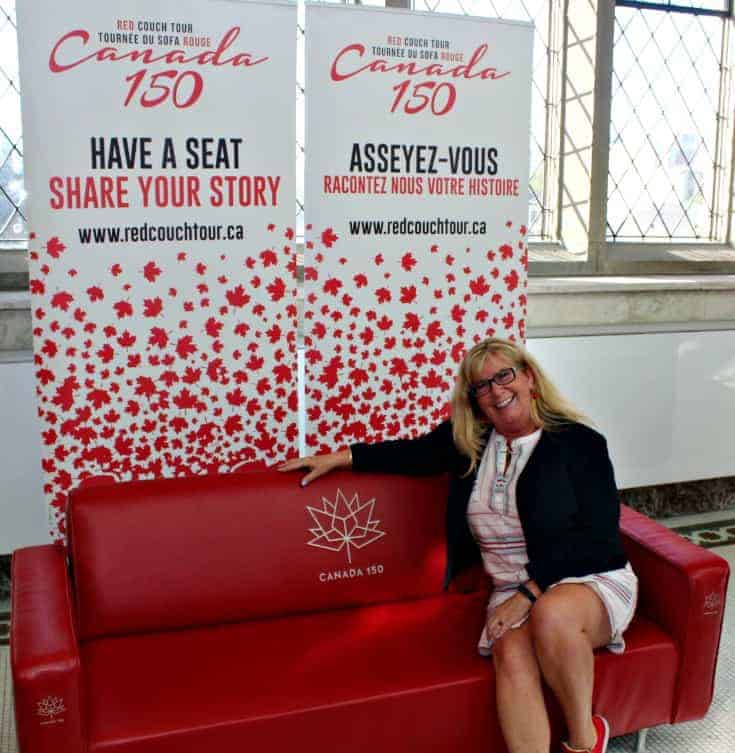 Ela and Peter, the Red Couch’s Chaperones, gave us an overview of the vision. Such a wonderful story that I urge you all to read up on. Then, welcoming words from MP Mona Fortier, bringing words of encouragement on behalf of the Honourable Mélanie Joly, Minister of Canadian Heritage. Mona also made sure to wear her red shoes to kick off the event. Ela introduced the artist responsible for the posters. 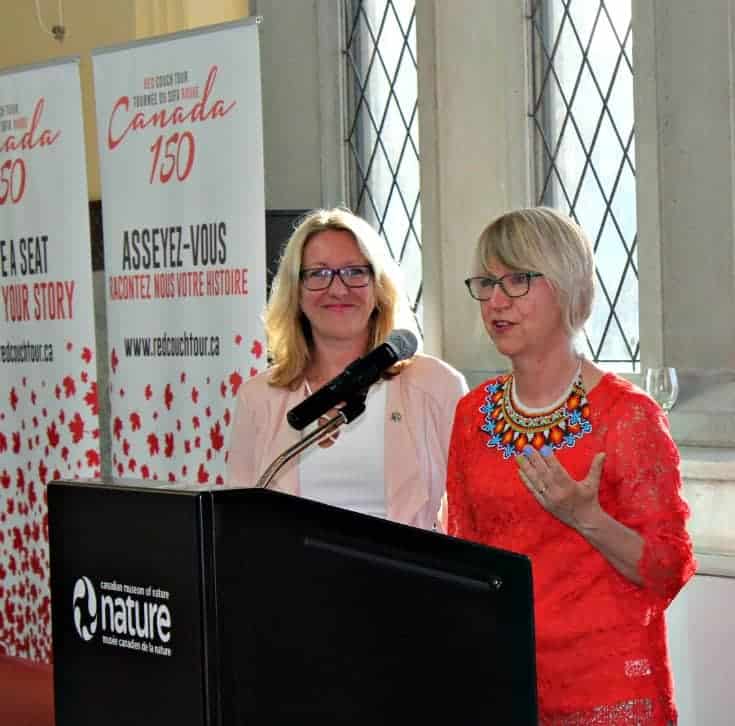 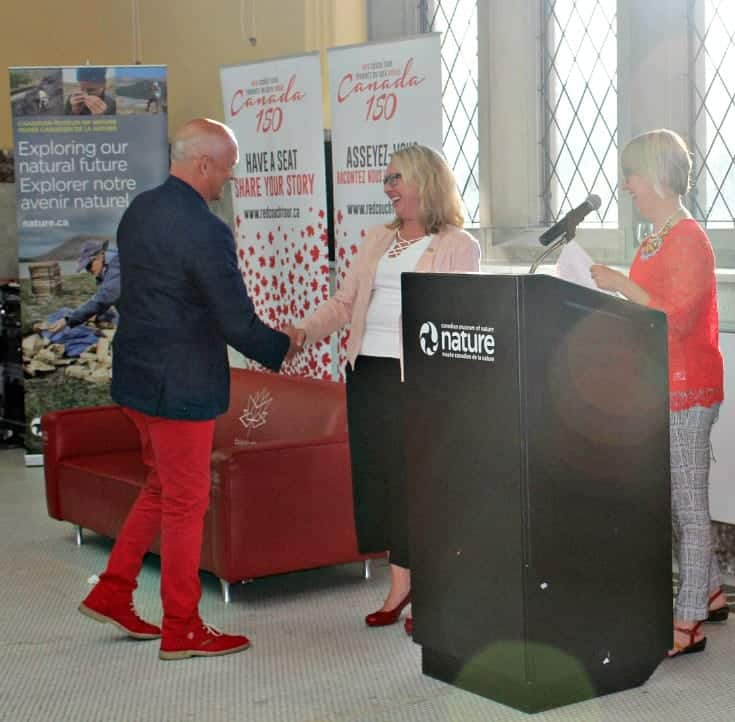 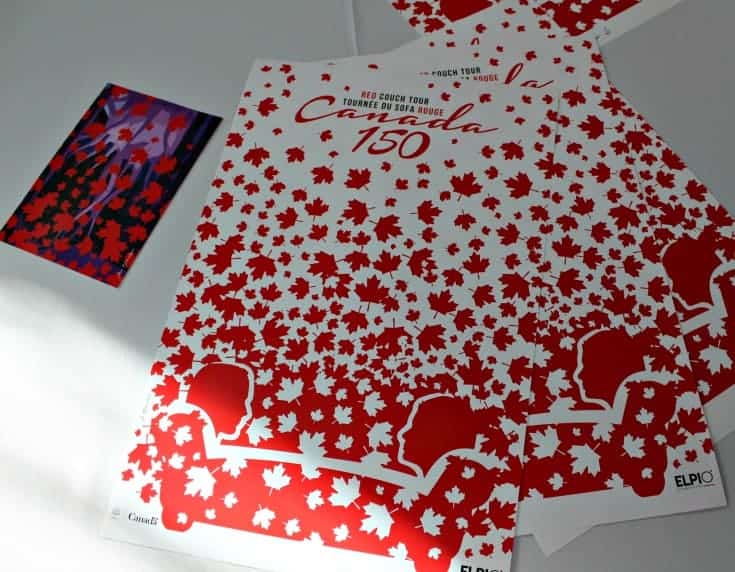 If you have a chance, Have a Seat and Share your Story. 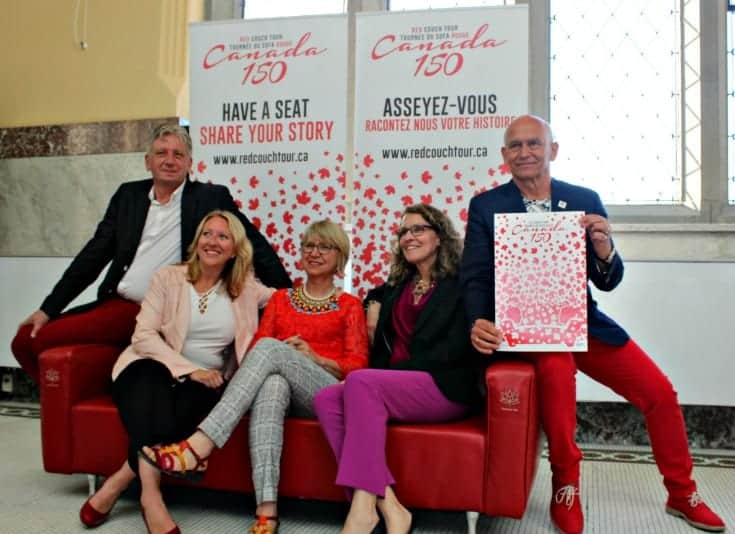 You can find the Red Couch Tour details available at www.redcouchtour.ca

Linda started A Labour of Life about three years ago as a Daily Style Blog. What started as an expression of her fashion style soon evolved into a life and style blog embracing all that she loved. A Labour of Life was truly created as a Labour of Love for the life she leads.

“My Blog is an expression of who I am and what I love, I hope as you follow along you start realizing fashion is what you feel not what everyone else says. You wear what you love not what you are told and you find inspiration everywhere. Blogging was a way for me to express myself I feel to young to be old and too old to be young. I’m in the middle and it’s that balance that I’m trying to figure out. Through squinty eyes I am still that young girl and close up I think I am my mother.”